The case Joller: The Haunting of Stans

9 years 2 months ago #1 by Grupo Alpha
The case Joller: The Haunting of Stans was created by Grupo Alpha
Until now it has not been able to clarify the mysterious story about the haunted house of Stans, Switzerland, a town about 30 miles from Lucerne, and the series of strange events that happened to the family Joller mid-nineteenth century. 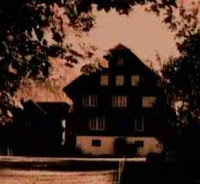 In 1862 the Liberal politician and lawyer Joller Melchior and his family felt persecuted by the supernatural in their own casa.Melchior Joller was someone who did not believe in superstition or ghost stories. It was however troubled at home by strange phenomena. Windows and doors are opened and closed so often that it broke up, rocks the size of a fist fell sharply on children, furniture and tables were overturned and thrown.


This all happened naturally with a stage full of noise, so that the phenomenon could not be kept secret for long. Hundreds came to admire the unexplained appearance or simply lured by curiosity.

Melchior tries in vain to reach the bottom Joller these events, but can not find any explanation for them. Even a commission appointed by the authorities could not clarify the incidents.

An important role in the case of the haunted house Stans plays Melchior's diary Joller. Here he wrote about his own helplessness and the actions and events in the house.

On June 5 there was an incident in which the son of Melchior, Oskar, lay unconscious on the floor of his room. When he regained consciousness, said that shortly after he had entered the bedroom calling was beaten three times on the door and it opened wide suddenly. And report a white figure entered the room, whereupon the son, overcome by fear and sheer terror, would have fallen into the swoon.

While Joller Melchior had so far everything as a figure of his wife and their seven children, one month later experienced something that really made ​​him shudder. Both root that changed his opinion on the matter.

He had just arrived home from a judicial affairs one evening when his wife called him from the foot of the staircase that led upstairs. At the door rang 10 to 12 violent impact. It sounded like someone was very fearful and knock on the door to be let go. In between there were short pauses before the start again. The pounding constantly changed his position. Joller so that Melchior was under the impression that it was something alive here, as perhaps a rat. So I banged against the wall in hopes of scaring him there any. On the contrary, his punches were returned as an echo in response. The impacts that followed were very loud, as if someone stick his fist against the wall. When I finally hit a blow against the front door and if someone wanted to enter, Melchior opened the door. But there was nobody in sight

Joller Melchior was the library for articles demes and experimental physics. But he could not find the key to explaining the mystery of all phenomena and apparitions. He was convinced that someone was intentionally causing all and went in search of evidence. Armed with his pen was in the basement hoping to find a mechanical computer that he had been secretly installed. After careful investigation had to determine who was wrong. Could not find the slightest.

10 days later, on August 26, her daughter Melanie and the maid heard across the hall deaf and heavy kicks against the outer door. Here the heavy iron bolt thereby forcible unlocking the door opened slowly. Then fell prey to such fear, when they failed to see anyone who could have opened the door, fled in panic and jumped from a height of 12 to 13 feet of the window to the garden gazebo. 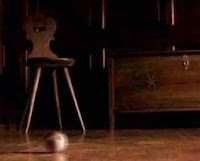 A week later Joller Melchior wrote in his diary that while newspapers and even disseminated about incidents at home. The situation was getting worse. Impacts against the walls and the floor became more and more violently. It was as if someone with a hammer two-handed attempt to demolish the house. Impacts were performed with such force that even the large oak table in the kitchen located jumped up rising a few inches and the things that were in it fell to the ground. Melchior Joller really feared for his house. The people of the village approached the crossing house attracted by the noise and remained at a safe distance watching the house.

Worse than all the noise but the contacts were needed to support the family. This phenomenon not only afflicted the family, but also the visitors who were in the house. They described these contacts as the friction of the sharp and cold claws of a dog.

Joller Melchior himself experienced a night like something touched him on the face. On the assumption that it was his son felt for his hand. Panic! It was cold and lifeless. She opened her eyes startled and your child or anyone else in sight.

The phenomenon seemed to want to rob Joller sanity. Things were disappearing before his eyes and appeared again in the most impossible. Joller Melchior was already finished the nerves so that I could hardly continue his work as counsel. Neither the family wanted to be alone in the house in broad daylight let alone at night.

When in September the commission had been appointed by the authorities conducted an investigation at the house, the family had to move three days at a hotel. A police guard relieves another. But the fear of Joller that no thorough investigations have been made, proves to be true. The case was closed in three days when there were no appearances of any kind "Poltergeist."

The family spent the first night Joller quiet a long time after his return home. But except Melchior himself, only three of their children were willing to spend the night at home.

September 22. The family had just left the room when they heard a noise out of there. Joller Melchior went back to the door to the room and listened. It sounded as if several people dancing in socks for the next room. He opened the door and everything was in pure silence. The heavy table was overturned and grave in its entire length against the door, as well as chairs and stools were piled in front of the couch .. Joller The family did not want to believe their eyes. Only a short time were outside the room.

The phenomena continued. Melchior Joller witnessed a single apple bouncing moved. It came from the top of the house downstairs, past the doorway where he passed several boats Melchior and disappeared into the living room. From there he continued bouncing down the hall to the kitchen. The maid then threw it out the window, after which he flew again landed on the kitchen table. When Joller shortly thereafter entered the kitchen, dropped a pear directly to your side, from floor to ceiling with such force that the bulb was completely busted. 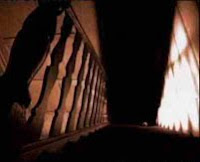 Stung by constant attacks in the newspapers, rumors and ridicule that came even friends, Melchior finally takes the decision not to stay longer. In the fall of 1862 the family flees Joller Stans. Melchior first to Zurich where he had an experience so disturbing that one morning burst into the hall with the white hair and screaming "finally I understand", after which the family flees to Rome where he rushed the paranormal finally ceased.

Perhaps only his family knows what happened to Melchior Joller that night in question and the shock made her lose hair color. Today his original notes are protected by her granddaughter Maria Pia in the family archives in Rome. Before his death he published his diary in 1863, titled "Selbsterlebte mystische Erscheinungen (mystical appearances lived)," but fails to mention his "final revelation" that choose not to enter.

The secrecy surrounding the house Joller still alive. Even years later, this case remains daunting. Some scientists and stakeholders are still in search of the key and solution to the incidents that occurred in the haunted house of Stans.

Stans Haunted House, which still exists today, is still active. In May 2005 the entrance was authorized to investigate a team of parapsychologists scientists and journalists could witness some phenomena.

To date no hard evidence to speak of fraud.

The house was demolished last three years due to its poor condition...