The other "Road to Santiago" (part three and last) 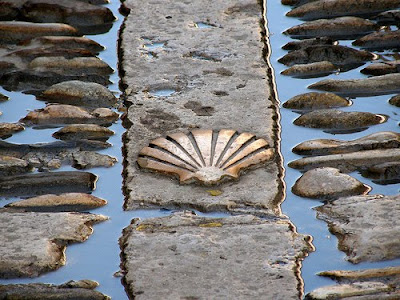 In this third and final part of "The Other Way of Santiago" discover the way the relationship with the popular "Game of the Goose", map or hieroglyph where apparently, the Templars marked places with any significance.

These gentlemen, monk-soldiers, shared many of their codes hidden with the guild of builders and masons, responsible for the construction of monuments and cathedrals, leaving them the Templars recognize symbols as its location was on the Game of Goose. But see that was and where he came from this interesting way of acting:

It is known that in antiquity there was a popular belief of the geese, geese and geese were the guardians of the houses, protected the home from intruders, as raucous cry alerted to the presence of evil. Were also considered as the paradigm of the Holy Wisdom to guide humans, based on this arcane theory could therefore ensure that where there was a goose up, or at least, I thought at the time. 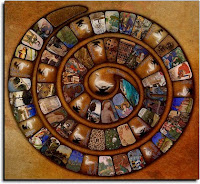 If today we look at a board of this popular game (pictured above) we see that its shape is a spiral, snail or shape of the Nautilus, (see drawing below) the spiral structure is of great significance with goose leg for both the guild of builders, and for the Templars themselves, also each of the polling divisions in this game has a lot to do with the stages of the Camino de Santiago. Boxes of "geese" would, according to this theory, safe places to shelter the Knights Templar and the day for pilgrims. Well, the inn, the labyrinth or the box of death represantarían not as safe as places, namely the box 58, "death" is a clear reference to Baphomet (demonic representation according to some theologians who worshiped the Templars) meaning head 58, head of the devil for some and for others Mary Magdalene. 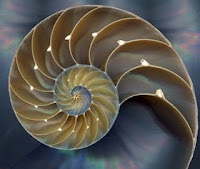 "Bridges" also considered "places Goose" (safe) to cross the river, take us back to Pamplona, ​​the first major city on the Camino de Santiago, unified the French route stretching out "two bridges" Romance on the outskirts of Rio Arga , considered a symbol of change. Coincidentally, or perhaps not, the name sounds a lot like Arga Jars in French that would Oca. El Puente de la Reina (Pamplona), where stood a convent / hospital of the thirteenth century, run by the Templars and León, Logroño and Santiago de Compostela also form part of these magical spots and insurance. 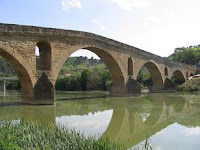 Having done all this tour we got to the box 63, the end of the board, end of road, where a majestic goose to tell us to get that in those years would Finisterre, regarded as already mentioned in previous chapters, the final of the human and the beginning of the supernatural. Today this "final" would be located in the Cathedral of Santiago and certainly represented the joy and happiness he feels every pilgrim to reach his goal. But once we reached the final and inevitably, we wonder ... Who really is buried in Santiago de Compostela?

Many researchers think that indeed, the remains are venerated in the Cathedral are not the Apostle, but of Prisciliano that revolutionized the fourth century Christianity of the time, it confronted him with a Vatican official and branded heretic, running in Trier (Germany) in 385 and then are moved to Galicia by the faithful, but it is clear that the Church could not and can not disclose, if true this theory, that Christians are actually worshiping a heretic executed, maintaining against all odds that this tomb is in Santiago, benefactor of miracles and salvation of souls. Which version is most accurate?


Obviously there are many mysteries surrounding the road and you may never know what the real story but one thing is certain, if you can guarantee something, walk on those wonderful places worth, discover every corner of the road is to discover yourself and meet the people who inhabit these places is definitely an experience you must not lose if you have the opportunity someday. So long friends, we are on the way ... 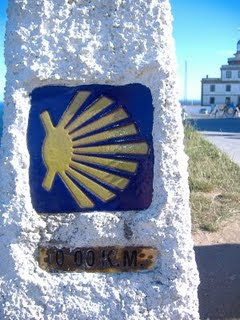